A year after the mystery appearance of Octoplasm, his sister Griselda has taken up residence on top of the station building on Fairfield Street, opposite Manchester Piccadilly Station. Commuters described seeing the large orange, four-eyed shape crawl up the side of the depot’s historic building, narrowly avoiding nearby taxis.

James Heather, Development Director at Mayfield said: “Having checked back over the design proposals for the first phase of the Mayfield project and consulted with our architects we are quite sure a gigantic extra-terrestrial being was not part of the original brief.

“We welcome anyone, regardless of colour or tentacle length, to visit Mayfield but we’re advising anyone visiting for a selfie with Griselda to do so quickly as she has let it be known, by transmitting telepathic signals, that she is looking forward to joining the thousands of guests at this weekend’s Warehouse Project Live event at Depot Mayfield as she is a huge fan of dance music.”

Citizens will remember the events of last year’s invasion, when witness footage revealed similar looking creatures wrapped around some of Manchester’s most renowned landmarks. This year, however, the attack appears to be bigger than ever before.

Other buildings said to have received their own slimy visitor include Manchester Arndale, Selfridges, House of Fraser, The Printworks, Depot at Mayfield, The Royal Exchange, Spinningfields, Piccadilly Place, INNSiDE by Melia and Native at Ducie Street Warehouse. Visitors are being encouraged to keep a watchful eye using the hashtag, #MCRMonsters.

It is unclear just how the beasts landed, however, their arrival coincides strangely with a number of celebrations taking place across the Manchester for this weekend’s Halloween in the City on Saturday 26 & Sunday 27 October. Manchester city centre looks set to glow green with a whole host of exciting, family-friendly activities to sink some vampire teeth into, including a Trick or Treat trail across the city.

Exchange Square will house the famed CBeebies and CBBC spooky tent, screening its best shows and a Slime School workshop, whilst those brave enough can peruse the Poisonous Maze – a real-life slice of creepy woodland brought to St. Ann’s Square. 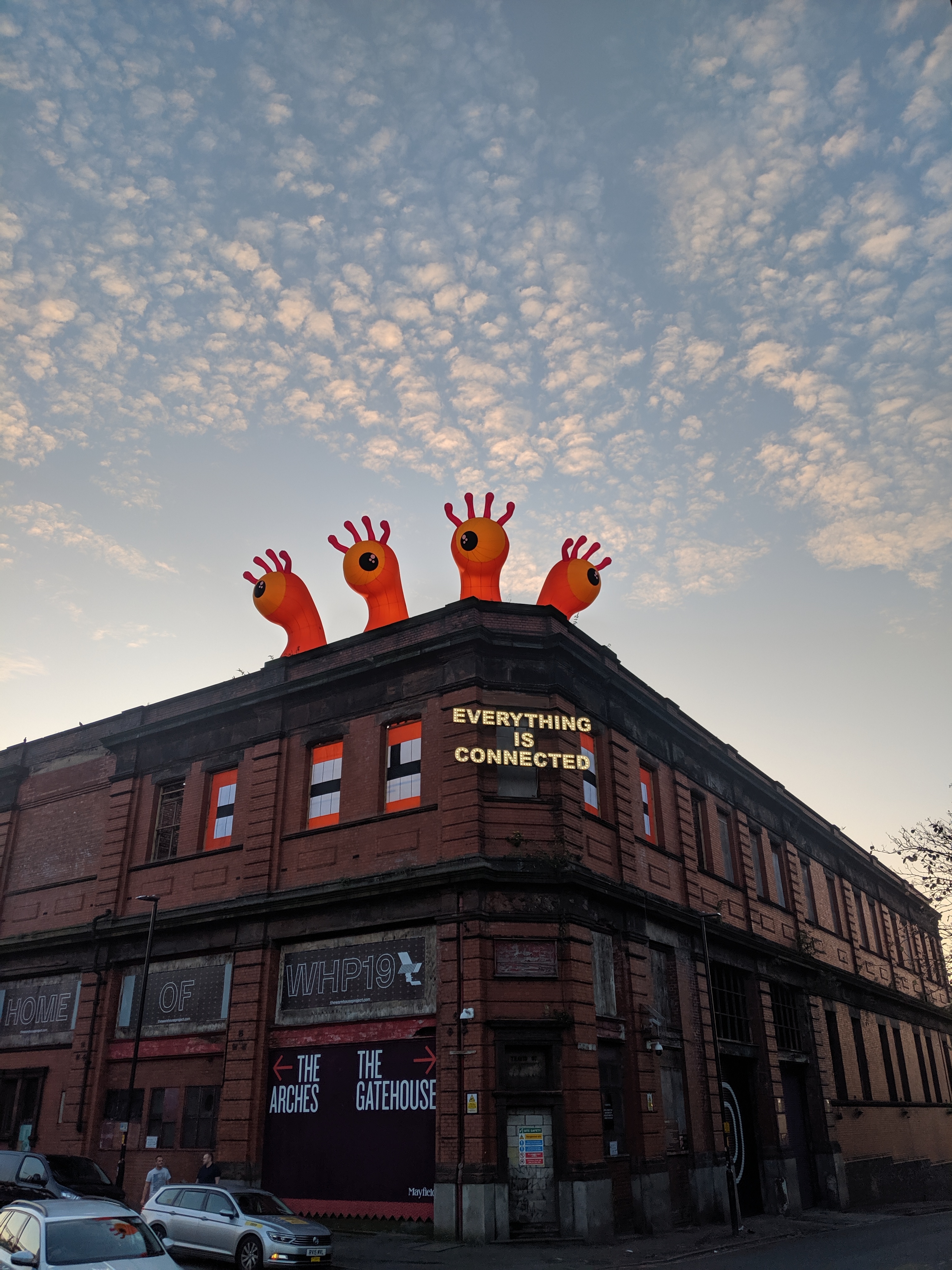 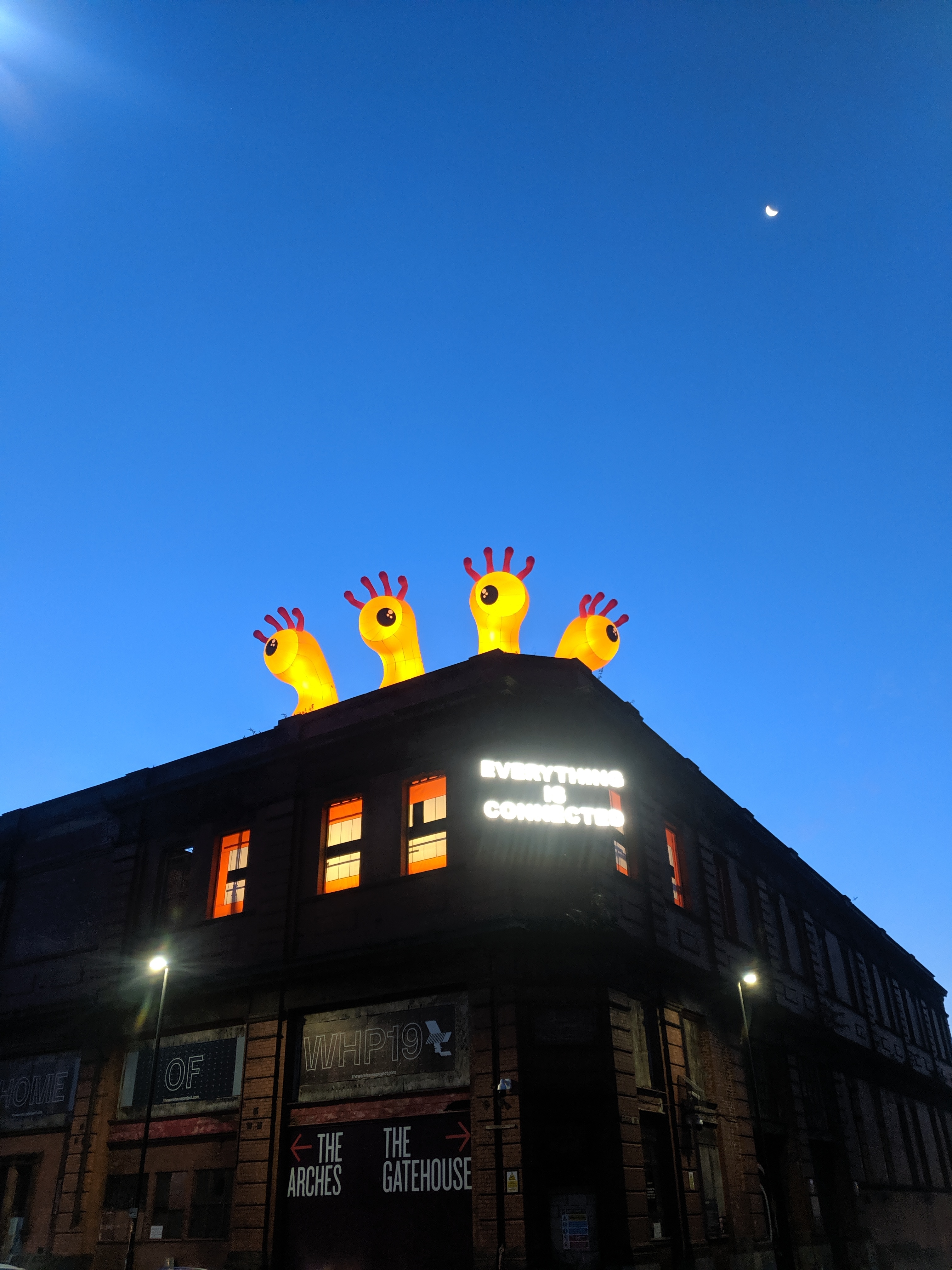 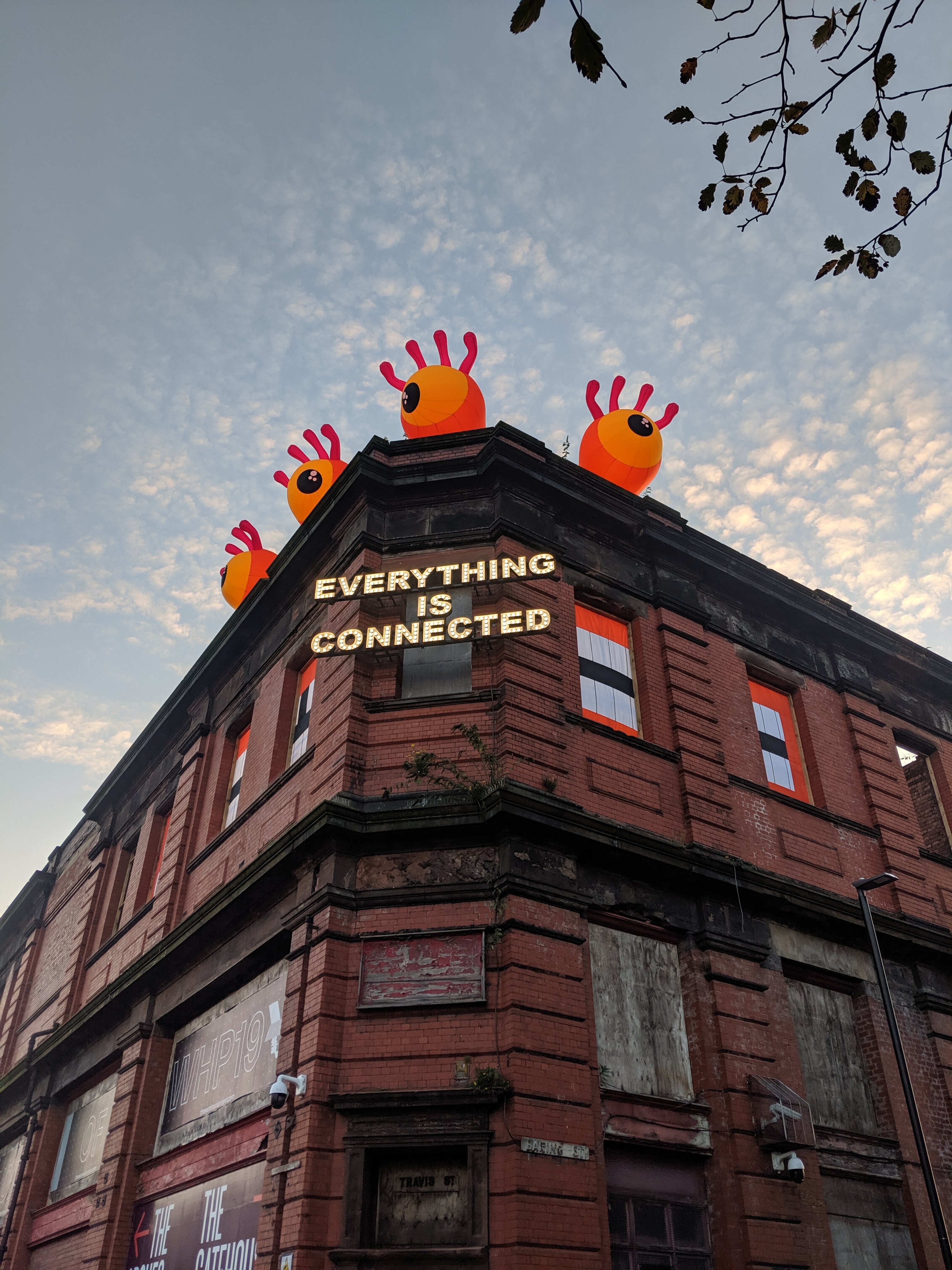